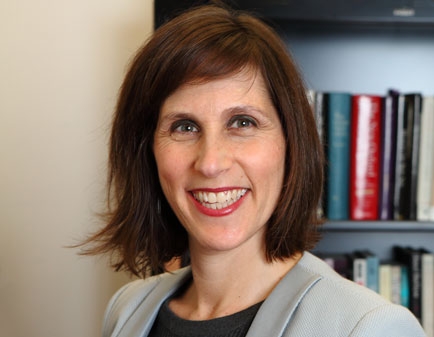 
Rachel Havrelock is Professor of English and Jewish Studies at the University of Illinois at Chicago, where she also directs The Freshwater Lab, focused on water justice and species survival amidst accelerated climate change.

Her latest book, The Joshua Generation: Israeli Occupation and the Bible (Princeton University Press, 2020), tells the story of how the Bible became militarized yet still holds lessons for de-escalation and cohabitation.

While writing River Jordan: The Mythology of a Dividing Line (University of Chicago Press, 2011), Dr. Havrelock became involved in environmental peacebuilding with the Israeli-Palestinian-Jordanian NGO Ecopeace Middle East. The times being what they are, she also writes about oil pipelines and how to make the transition from fossil fuels.

In 2014, Dr. Havrelock was the recipient of the Alumni Impact Award from the U.S. Department of State, which recognizes those who have the greatest impact in the local community following participation in a State Department global fellows program.

She is a graduate of the Joint Doctoral Program in Jewish Studies of University of California, Berkeley in partnership with the Graduate Theological Union. Prior to graduate school, she co-authored Women on the Biblical Road (University Press of America, 1996) with the late professor Mishael Caspi. She has elaborated on themes of women in the Bible in writings published in The Torah: A Women’s Commentary, The Oxford Encyclopedia of the Bible and Gender Studies, and The Bible and Feminism.

Relevant media projects include the hip-hop play From Tel Aviv to Ramallah, about the daily lives of young people in the Israeli-Palestinian conflict, and co-hosting Who Was Jesus, the Discovery Channel’s series on the historical Jesus.