Letter from the President

Letter from the President 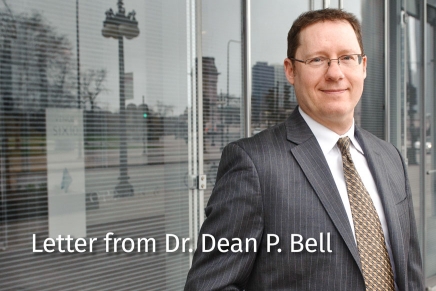 “Ahiyah Hashiloni cursed them as a reed. What is a reed? That which stands in a place of water, with shoots that renew themselves and many roots. Even if all the winds in the world come and blow against it, it will move back and forth with them. When the wind falls silent, the reed will stand in its place.”

“But the wicked Balaam blessed them as a cedar, as it is said: Like cedars beside the waters (Num 24:6): What is a cedar? That which does not stand in a place of water, without shoots that renew themselves and without many roots. When the winds come and blow against it, it does not move back and forth with them. So when a strong south wind blows against it, it is uprooted and upended.”

In times that require resilience, I often think about the text at above. While the passage can (and has) been interpreted in many ways, this is where I find meaning:

It can be difficult, especially in tumultuous times, to know what is a blessing and what is a curse. Often they are different than we expect and come from places we might not have anticipated.

At different times, certain values or characteristics can be more useful in our work and lives. The reed is more flexible and adaptable, rooted with renewable shoots, even if it appears weaker. The cedar is strong and can withstand a great deal, but it lacks the reed’s agility.

In my forthcoming book, Interreligious Resilience, co-authored with Professor Michael S. Hogue, I had the chance to place texts and ideas like these into conversation with a range of contemporary issues, from globalization to religious polarization. I did so by exploring the concept of resilience, noting that simply returning to a status quo (which we term simple resilience) is not enough; rather we must develop a more complex resilience to learn, grow, and adapt. This kind of resilience relies on social networks and community (the flexibility and redundancy of the reed), on one hand, and is rooted in tradition (like the cedar), on the other.

In addition, resilience is embodied in the act of making meaning, which is at the heart of what the rabbis were teaching us. The act of interpreting, contextualizing, and analyzing undergirds a resilient approach to life.

As you look explore Spertus Institute’s programs and offerings, I hope you will take the time to learn and make meaning with us.